'Emotional connect' in the elections in Egypt

So we all know the results of the elections in Egypt. Muslim Brotherhood leads with radical Salafists coming a close second. In fact Islamist parties cornered two-thirds of the votes in the elections. On March 21, 2011, I had clearly written in my blog that it is too early to write off Islam as a political force as a result of the Arab Spring. In a bit of kamikaze thinking, I also applied the Gartner Hype Cycle to explain why religion might become central to Arab political discourse after the Arab Spring. You can read the post here - Revolutions and emotions in Middle East.   By this time we also know that Tunisia has turned 'green' and Libya intends to do so as well.

History has showed us time and again that revolutions often lead to 'millenarian' expectations that often results in it becoming reactionary or throwing up results that maybe unanticipated. This is not to suggest that the victory of Islamists is a reactionary development; it might be good for those countries and the world in general. They were elected by a democratic process. Just that we don't know yet.

Religion is emotional and appeals to the heart and so has wider appeal than political concepts. It can be felt and doesn't need to be learnt unlike a political concept. Besides, religion promises final salvation, the education and training for which begins at home. It is also not alien and is instead steeped in the local customs, culture and folklore. It is familiar, pure and can be trusted. It is what in communications we call the 'emotional connect.' In societies where religion has always been central it is no surprise that people have expressed their faith in Islamists. Congratulations to the people of Egypt for successfully electing a government of their choice!


Email ThisBlogThis!Share to TwitterShare to FacebookShare to Pinterest
Posted by Madhurjya Kotoky 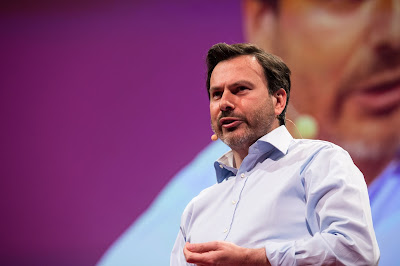