Joshua Kurlantzick’s “Charm Offensive” and Sunanda K Datta-Ray’s “Looking East to Look West” are two books which provide great insights into the diplomacy in Southeast Asia. Kurlantzick describes in detail Chinese public diplomacy and how it is (now) central to Chinese foreign policy with a mission to reassure the world about “China’s peaceful rise.” Datta-Ray, on the other hand, examines India-Singapore relations and, in the process, also looks at India’s engagement with Southeast Asia since 1947.

Kurlantzick’s “Charm Offensive” describes Chinese public diplomacy in various regions of the world, examines it as a strategic foreign policy tool and also goes into the values and theories driving China’s ‘charm’ campaign. It has detailed chapters on China’s engagement of Southeast Asia and Africa and also compares China’s public diplomacy with other ‘sophisticated players’ in the arena like United States. It’s an informative read and with great foot notes, ‘Notes to Pages’ and ‘Indexes’ is invaluable for a research scholar. While Kurlantzick does a good job of chronicling Chinese public diplomacy, he failed to examine Southeast Asia as a competitive space for ‘influence’ between India and China.

In international relations, 21st century is touted to be an Asian century. This combined with other recent developments like, economic growth of India and China, debates around Climate change, the Af-Pak War, maritime security of trade traffic in Indian Ocean region, non-proliferation, Myanmar, Kashmir etc., dominating public discourses in diplomacy, India remains, and, will be a critical player in the years to come. India and China share borders with Southeast Asia and the region is important for both, economically as well as from a security perspective. Both the countries have been active in this region.(Though I must admit, Chinese are more aggressive). A rising Asia includes both India and China, and, so I thought Kurlantzick’s book would have been complete if it had also examined India as an important player in Southeast Asian diplomacy. It is indeed curious that most writings tend to ignore India’s relevance to Southeast Asia and the transformative potential of this relationship for the world.

Indian scholars, traditionally, are more focused on security and trade issues in international relations. Books on public diplomacy are rare (almost non-existent). While Datta-Ray’s book is not explicitly on India’s public diplomacy efforts, it does provide a context to India’s ‘Look East’ policy and the need for greater engagement with Southeast Asia. Focusing on Indo-Singapore relations since 1947 the book calls for a restoration of civilizational ties between Singapore and India. The book provides important insights into India’s importance and relevance to Singapore and Southeast Asia over different periods in history (also vis-à-vis the ‘China factor.’) and how Singapore under Lee Kuan Yew had often looked to India for leadership of Asia. 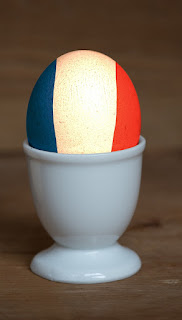